Home
Q&A
Is it Better to Eat Many Smaller Meals or Fewer but Larger Ones?

Neither. I’d say it’s best to eat one large one, preferably at dinner time.

For a number of years the idea of eating many smaller meals to lose weight was put out there and then repeated without any real questioning. So it caught on and became accepted. The theory was that because your metabolism increases when you eat, that it makes sense to spread your meals out into 5-6 per day instead of the standard three. That way your metabolism would be higher for a longer portion of the day and so you’d burn more calories.

It wasn’t a bad idea. We know that changing not only what you eat but HOW you eat can change your body, so it was worth a shot. The reality though is that eating many spaced out meals doesn’t do much for you weight-wise. The rule of thumb is that you burn 10% of the calories you eat, so if you ate a 500 calorie meal then you’d burn 50.

If you ate a larger meal that was 1000 calories dense, you’d burn 100. So the math shows that quantity doesn’t really change anything. And, there is no evidence for any cumulative effect or prolonged, metabolism boosting bonus to eating that way. The only side effect really is that people will start to think you’re hypoglycemic because you’re digging into your bag of Tupperware containers every 2 hours for a snack.

What if you ate a Keto or low-carb diet? Would spacing your meals out then give you an advantage?

I’d say it would be the opposite. Remember that we lose weight to the extent that we can keep our insulin levels low. Even though you’re not eating carbs, your liver will convert some of the protein you eat into carbs, which will release a bit of insulin.

So if you fast all day long and eat a larger meal in the evening then your insulin will stay low for about 23 hours and then go up a bit when you eat.

If you prefer to eat smaller meals or more often during the day on a low-carb diet then go right ahead. The extra insulin release isn’t much and is nothing to worry about. You don’t need zero insulin (although it’s never technically zero), you just need it to be low for as long as you can comfortably handle it.

In other words, it’s best to stick to something that isn’t perfect but works to some degree, than to try to achieve perfection and make life miserable for yourself.

One larger is meal is best but if you’d prefer to have 2 meals within a 6 hour window, say 12:00 noon for a light lunch and then at 6:00pm for a moderate sized supper, that would still allow you to lose weight and reap the health benefits that come with Intermittent Fasting or Time Restricted Feeding.

The takeaway here is that to lose weight our focus should be on insulin and so there’s no need to worry about metabolism at all. The idea of speeding up our metabolism to lose weight has been part of our weight loss mindset for so long that it’s going to be a hard concept to let go of.

Just be sure that your dieting and meals are both enjoyable and at the same time keep your insulin low.

It feels good when you find that balance. 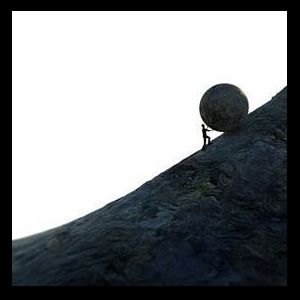